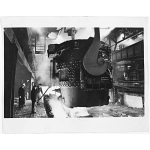 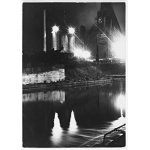 There were fears that the works might close under British Steel Corporation rationalisation plans. 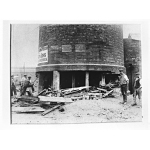 Wooden props placed at base of a works chimney prior to felling. 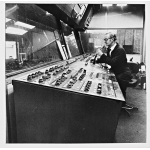 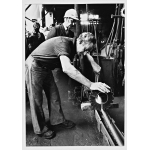 Closure of the mills. The British Steel Corporation and the First World War are mentioned. The photograph shows Joe Washington measuring the last steel, watched by George Murphy. 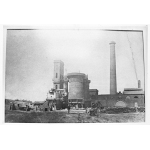 The two founders of the firm in front of three blast furnaces. 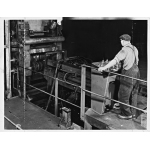 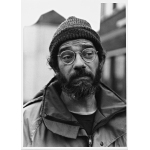 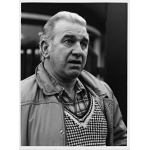 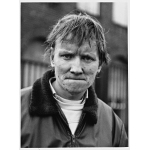