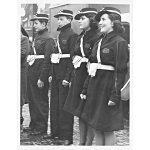 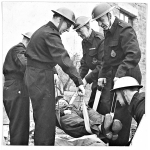 Tom Pattinson sampling the food, along with (from left) Ellen Ingleby, Ada Newman and Jean Haynes. 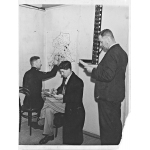 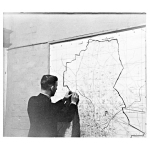 Sergeant Stonier is marking out a map in the report centre. 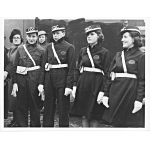 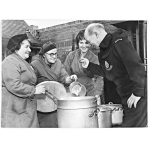 Webbing bands being used to raise a casualty on to a stretcher. Tarmac had been dug up from Queen Square to make exercises more realistic. 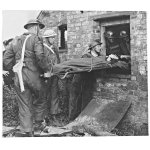 One of the rescue teams at work in the area finals of the competition shows crew moving a man on a stretcher through a window. 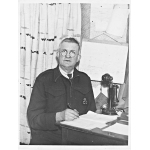 A full time warden in Wolverhampton, seen in the Control Centre, who had previously served on the H. M. S. Curacoa anti-aircraft cruiser.